Picasso’s artistic training began under his father, a drawing teacher and decorator, before the year 1890. Starting at a young age, the artist was able to portray a life model on paper with striking resemblance. His first oil painting, Picador (1889), was painted at the age of eight. Noticing the promise and skill that his son possessed, Picasso’s father started to involve him in interior decorative painting where he had to paint pigeons’ legs (hence the prominence of pigeons and doves in the artist’s later oeuvre). [read more=”Read more” less=”Read less”]He then insisted that his son enter The Barcelona Academy of Art “La Concha,” where the thirteen-year-old produced an examination drawing of a naked model within a day (a month was the estimated time for creation).

During 1893, the juvenile quality of his earliest work began to transition to academic realism; hence in 1894, his career as a painter can be said to have formally started. At the age of fourteen, he painted Portrait of Aunt Pepa (1896), a vigorous and dramatic portrait that Juan-Eduardo Cirlot called “without a doubt one of the greatest in the whole history of Spanish painting.” Subject wise, the artist chose to portray fishermen, bathers, numerous neighbors, friends, his father, mother, and sister. At age fifteen, he painted a Science and Charity (1897), a genre and symbolic painting where medical science and compassion are opposed to each other. Exhibited in Madrid in 1897, this painting fell into disfavor among critics: the patient’s hand seemed insufficiently elaborated, unrealistic, and glove-like to them. However, the eerily long fingers of the hand were foreshadowing the future stylistics of Picasso’s Blue Period. In the same year, his realism began to show a Symbolist influence, such as in a series of landscape paintings rendered in non-naturalistic violet and green tones.

Following exposure to the work of Rossetti, Steinlen, Toulouse-Lautrec and Edvard Munch, combined with his admiration for old masters such as El Greco, led Picasso to a personal version of modernism in his works from 1899-1900. The signature style of his early works ends with such works as A Spanish Couple in Front of an Inn (1900). Bright splashes of color bring this picture closer to proto-fauvism, while distinct outlines are a tribute to the modernist style. Later that year, Picasso visited Paris for the first time due to the city being the center of creative people and modern art. There, he met his first Parisian friend, journalist and poet Max Jacob, who helped Picasso learn the language and its literature. In 1904, the artist moved to Paris permanently; the two friends sharing a room. These were times of severe poverty, cold, and desperation, influencing Picasso’s aforementioned next artistic period: the Blue Period.[/read] 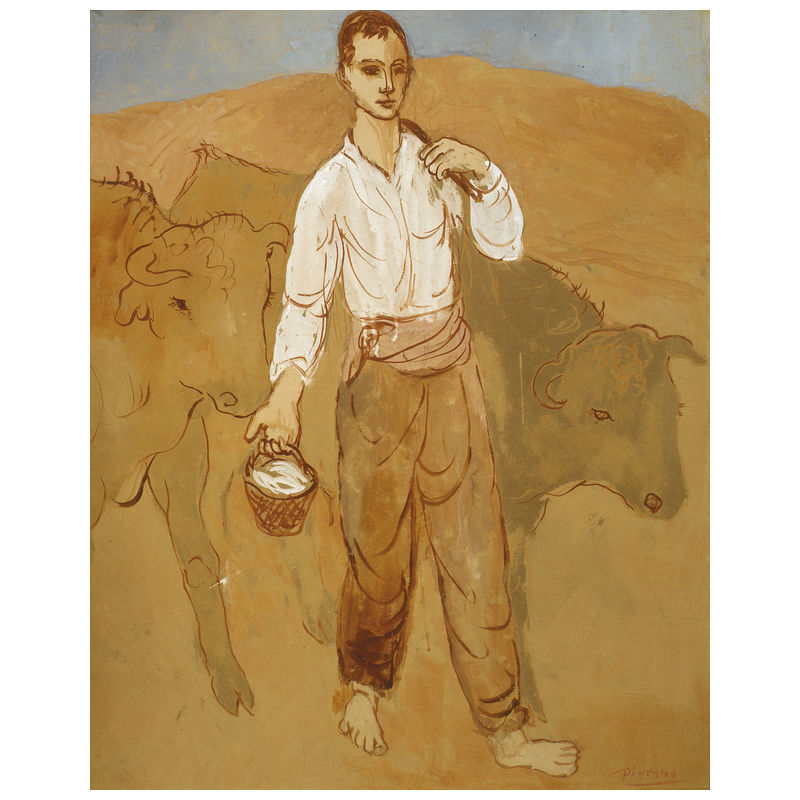 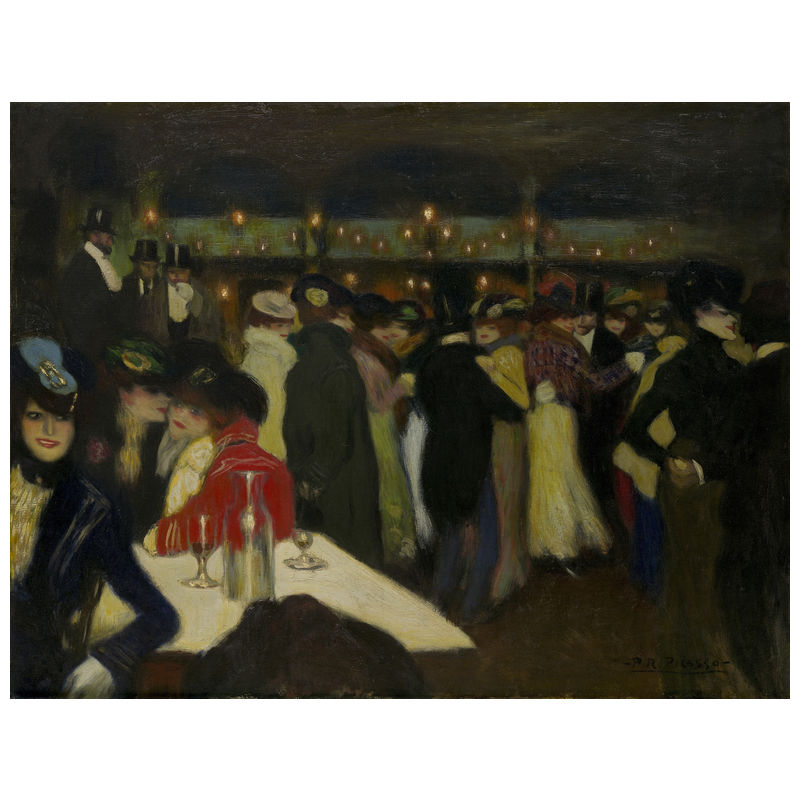 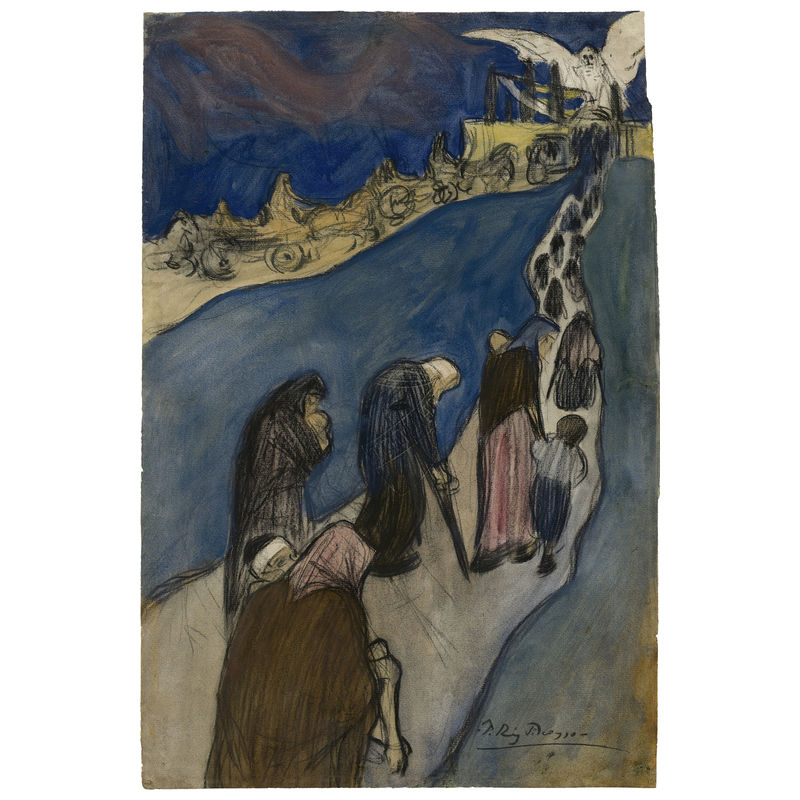 The End of the Road (Au bout de la route)