The Blue Period is the first of many different artistic periods within Picasso’s oeuvre, provoked by a long-lasting depression. This depression first began in February of 1901 in Madrid, where Picasso learned that his close friend, Carlos Casagemas, had committed suicide. Picasso was deeply disturbed and upset by this news, growing progressively distressed over the months to come. On May 5, 1901 Picasso visited Paris for the second time; only this time everything reminded him about Casagemas, as the two had visited the French capital not too long prior to his friend’s death.[read more=”Read more” less=”Read less”] The artist stayed in the room where Casagemas had spent his final days, started an affair with Germaine (the woman because of whom Casagemas had chosen to end his life), and surrounded himself with the same people. It was as if Picasso himself was striving to emulate the life of Casagemas; an eerie homage to his friend and coping mechanism that resulted from the anguish of bereavement, guilt and the imminence of death. These events were pivotal for the artist, and constituted the ground for the Blue Period, as Picasso once stated: “I started painting in blue when I learned of Casagemas’s death.”

Aesthetically, during the Blue Period, objects were sharply-contoured, flat, and two dimensional rather than Picasso’s former three-dimensional images. The focus on perspective drawing that the artist once possessed was completely omitted. His palette became less diverse, the accents of blue more visible; the subjects commonly depressed and emotive, impoverished, or disfigured. Portrait de Jaime Sabartes, created in 1901, marks the beginning of the Blue Period.[/read] 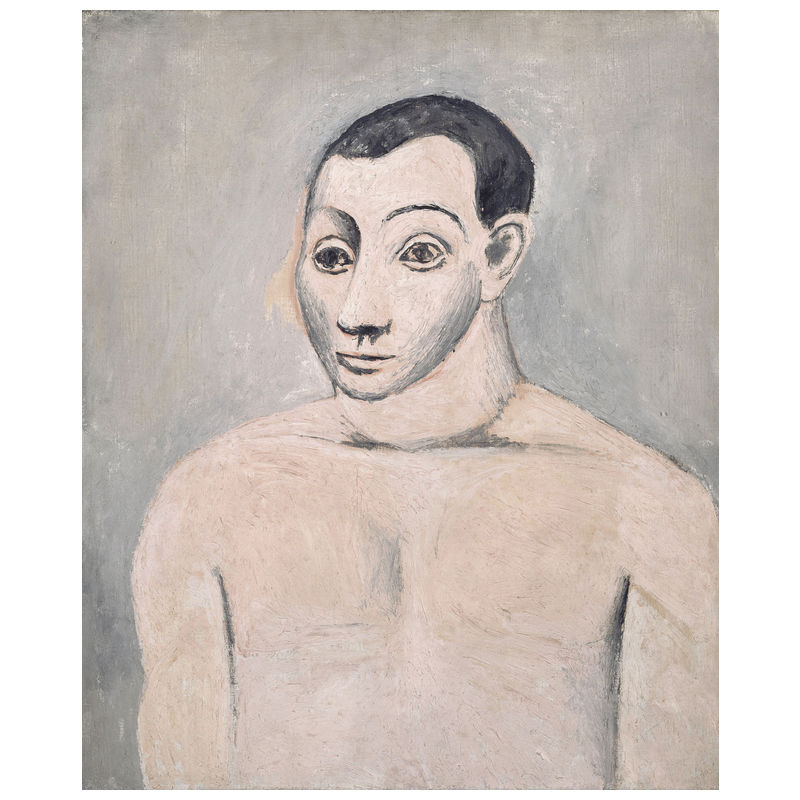 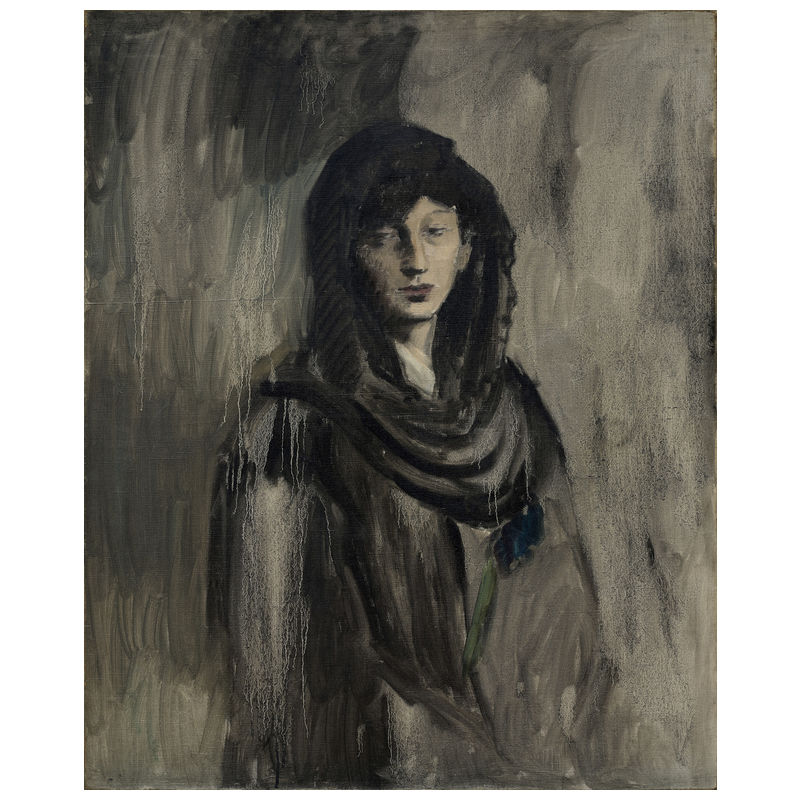 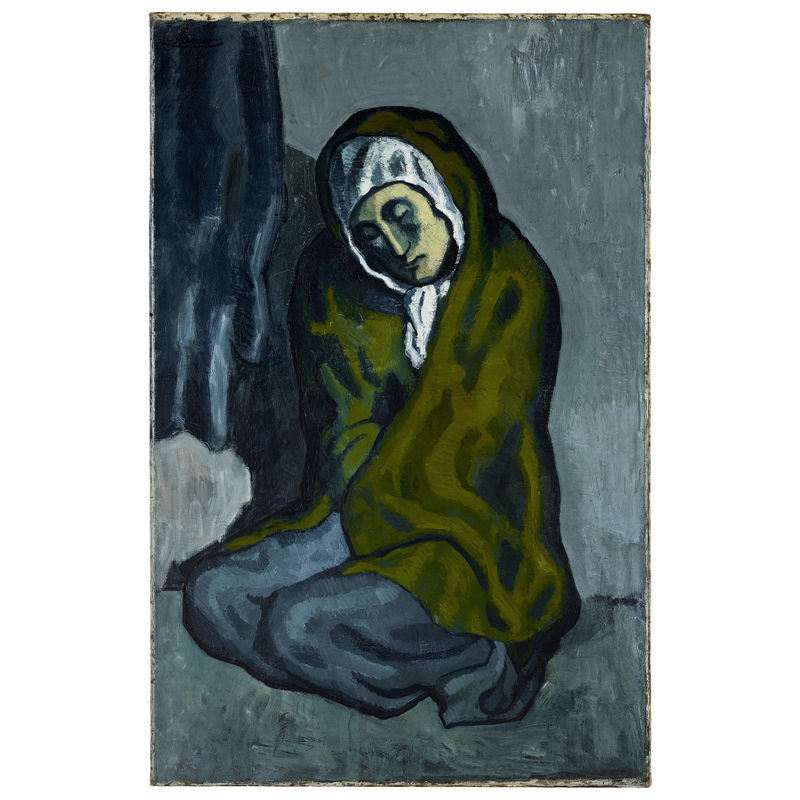 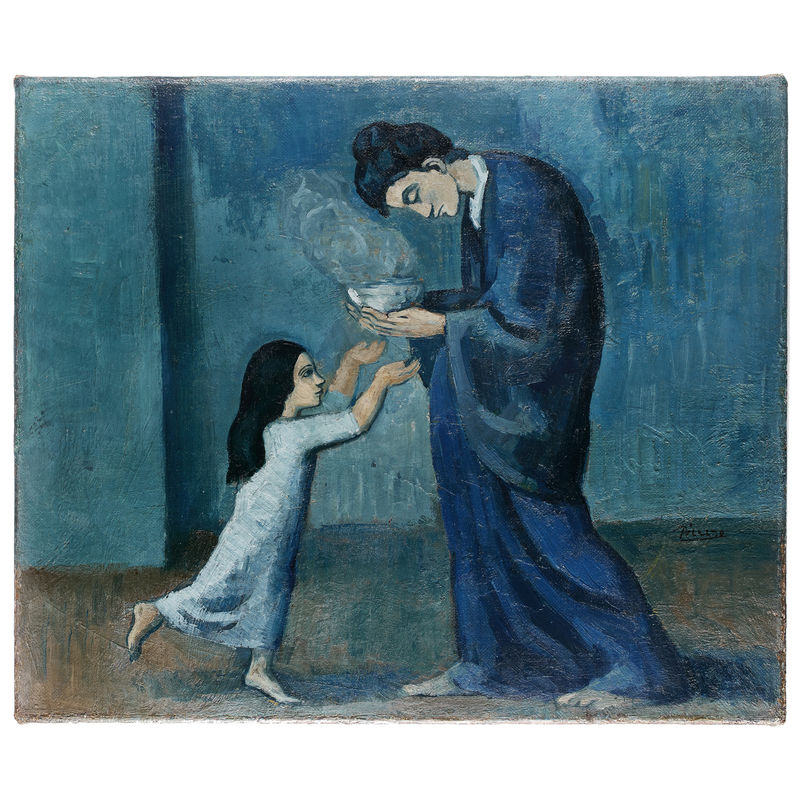 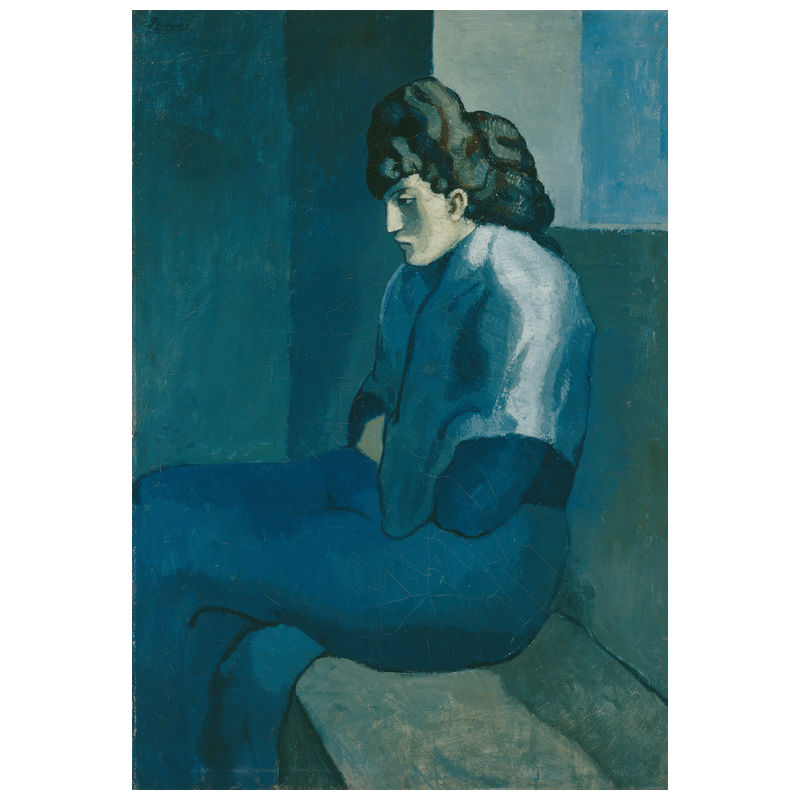 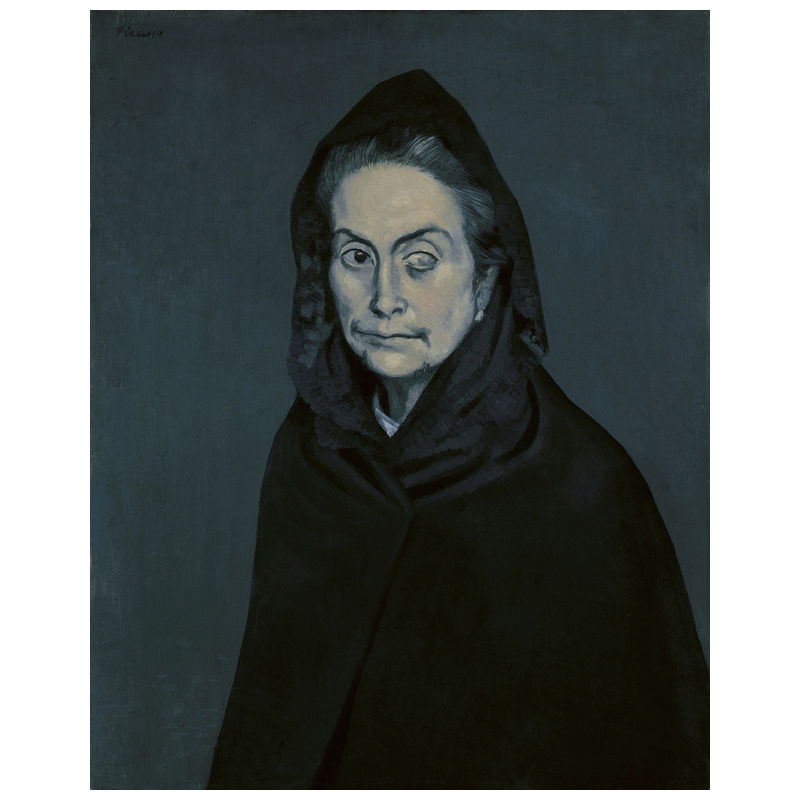 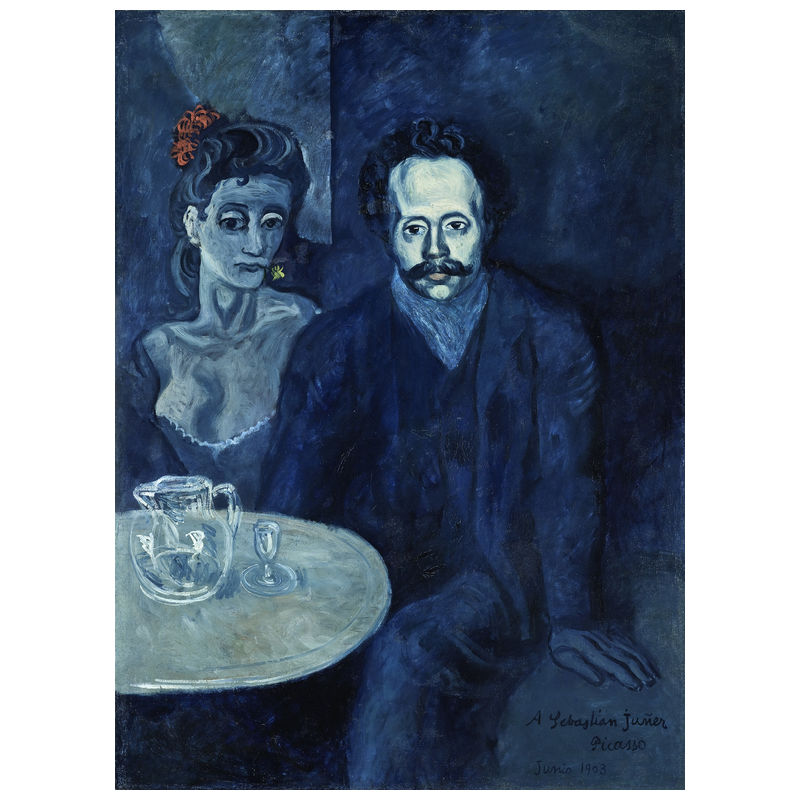 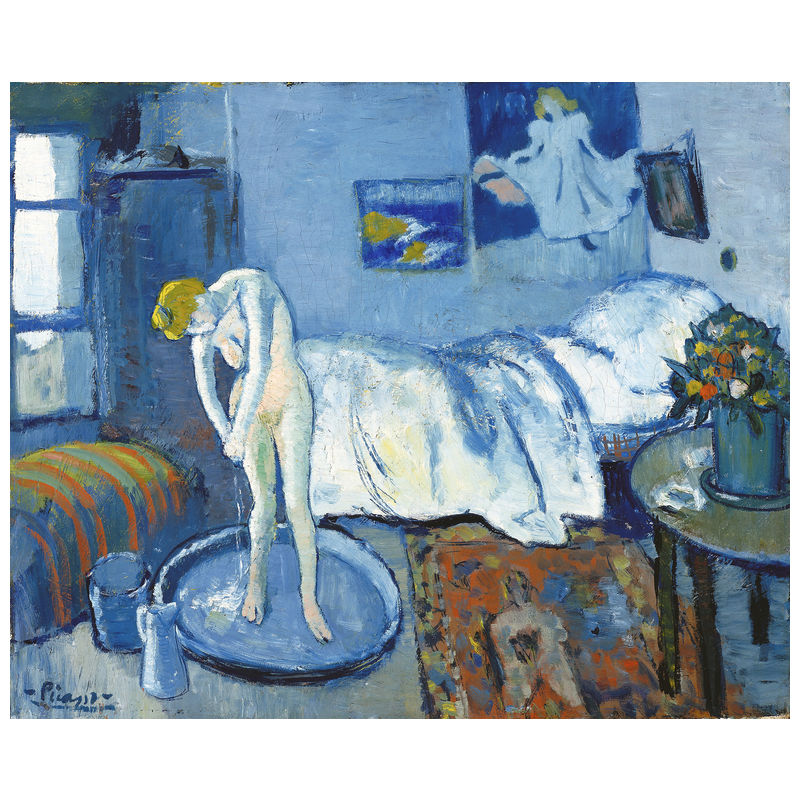 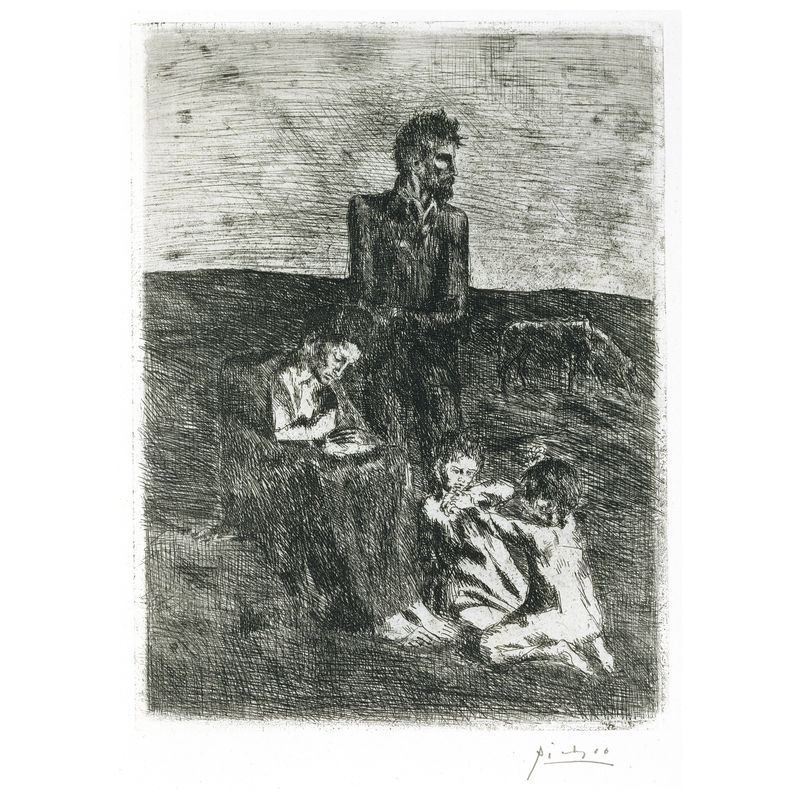 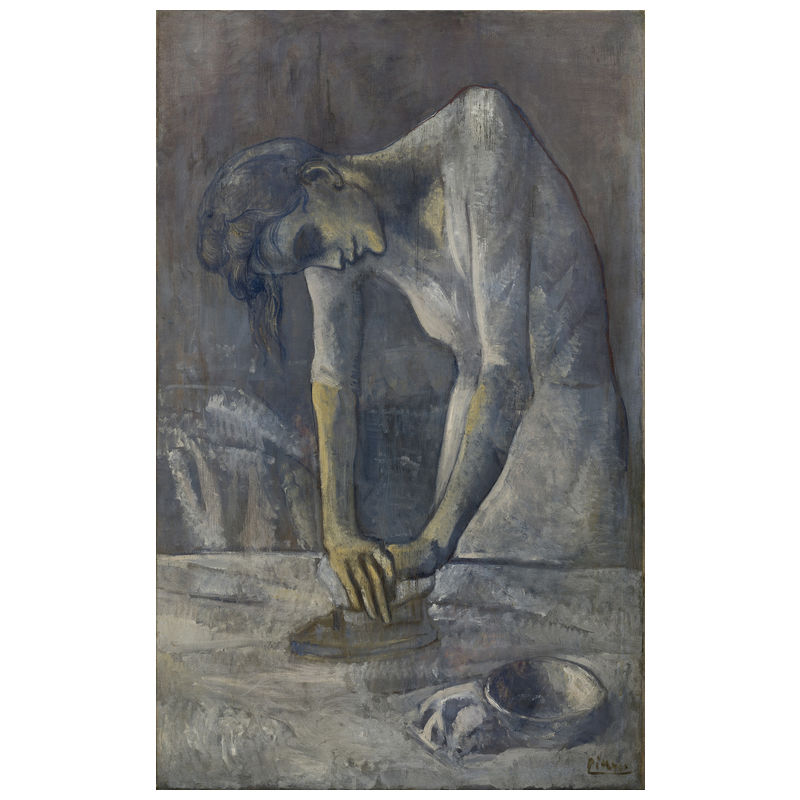 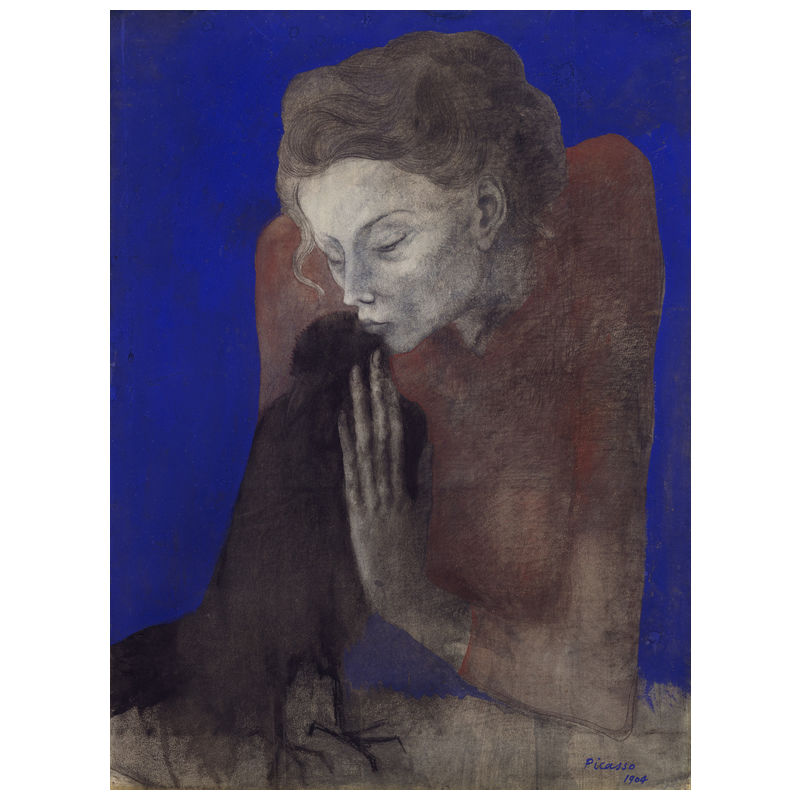 Woman with a Crow 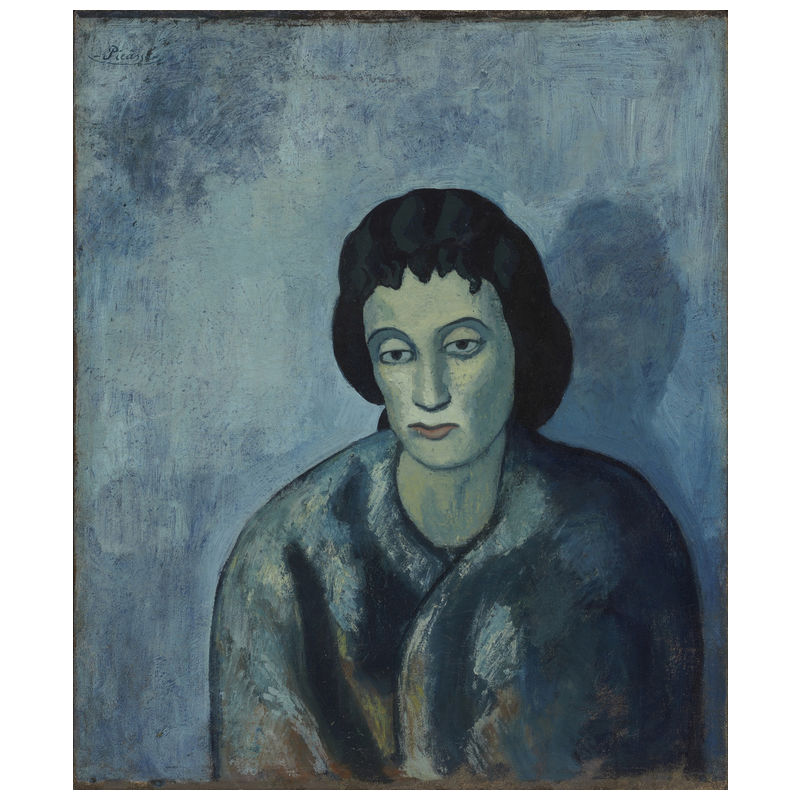